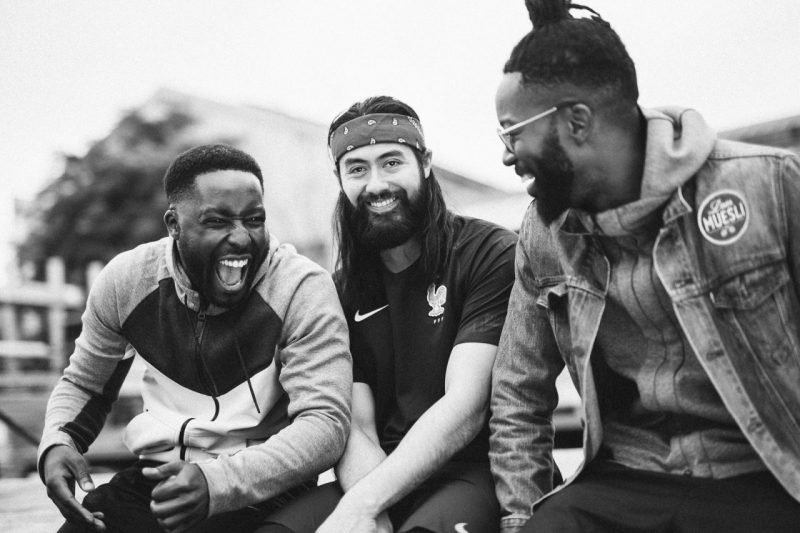 If you’re like me, there are some nights where it’s impossible to sleep, and the first thing you do is scroll on the ‘gram. Over a year ago, I was doing just that, and landed on the Dear Muesli Instagram account.

What is Dear Muesli? It’s Bakang, Dikom, and Sylvain; the Muesli Boys. Three dudes who are passionate about sports, health, and more importantly, muesli. They’ve been eating muesli since their childhood days, and for a long time, gave advice and recipes to their family and friends. Then, one day, they decided to turn it into a business, and that is how Dear Muesli was born.

Three years ago, they got together and created a business which sells and distributes muesli everywhere on Ile-de-France (Paris and its surrounding areas). Their goal is simple; to make muesli great again, and promote a healthy way of living, while reducing worldwide obesity.

But above all, Dear Muesli is a family affair.

During my last trip to Paris, I got to meet up with Bakang, a dynamic, intelligent and hilarious dude in their office, located inside Station F, to better understand their entrepreneurial journey, which started from scratch.

Bakang, talk to me about how this all started; why did you create a muesli business?

Dear Muesli, it’s basically a family story. Mum’s food was always homemade for economical reasons, which was way cheaper. So in between the bread and the rest, she started making granola. It’s just something we grew up with. After that, the rest was born from a meeting with Sylvain in the States, who had a similar experience growing up, and the business just came to us.

Dear Muesli came from three guys who were interacting with clients without knowing it at first. What happened is that at work, we’d show up with our granola, and all our friends would ask us what we were eating (for fitness, sports, etc.) and we’d just advise them to start eating granola. It went from 5 to 10 to 30 orders, and we started charging for these services, and from that, the business was born. Everyone started calling us the Muesli Boys, and it kind of stuck. 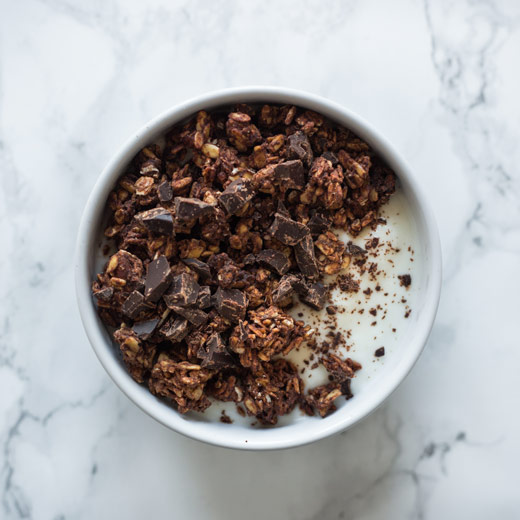 Dikom, my brother, takes care of everything marketing, strat marketing, the vision, and the strategy of our startup. Sylvain manages everything related to nutrition and finances, while I manage the operations, supply chain, and logistics. Together, we all take care of the overall vision.

Working together, for us, is quite simple. With Dikom, we were raised in a way where we don’t really argue; that’s just not part of the deal. We’ve always learned to talk things out, since we’re only one year apart. I’m his big brother, but we’re also friends. We’ll talk about something first, and if we don’t agree, we’ll bring someone else in to mediate. That’s pretty much what Sylvain does, because he can take a step back and say it like it is. We also have this rule (which we haven’t had to use yet), but if there really is an issue, we give ourselves 24 hours to find a solution, and after that time a call is made, and there’s no looking back. That way, we avoid a lot of arguments. Generally, we can agree on something pretty quickly. 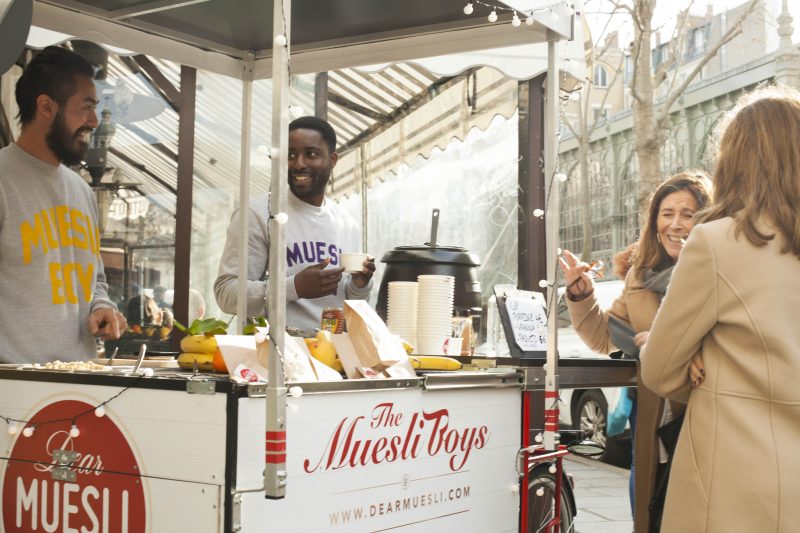 What were your first challenges? We all know putting together a business from nothing isn’t easy.

I’d say at first, the challenge wasn’t financial, because we were always taught to create a viable product, which doesn’t require a lot of money. So at first, the challenge was to make sure people knew who we were, and that they liked our product – as well as making a good product. The real challenges came later; leaving our jobs. It started with Sylvain or maybe Dikom, and I was the last one to do so. And what a difference it made. Since that day, we saw our numbers triple. If I could have done one thing differently, I would have left my job sooner. In terms of the French startup ecosystem, I’d say there is a big difference with the United States, where 80% of entrepreneurs start out with some kind of money from their parents or family. On our end, we started with just 700 Euros. Money changes everything — but we’re making good progress.

You’re in the granola and cereal industry, which isn’t new, but you’re young, dynamic, and you’re hungry. How do your business fit in that ecosystem? Is it hard? What lessons did you learn?

The first thing we learned is that, yeah, no one takes this industry very seriously. Like you said, it’s a bit old (for us, they’re dinosaurs), and it doesn’t make sense to keep doing the same things that were already done. We have to be authentic, and it’s hard to do so after 40 years of doing the same thing, and feeding whatever you can down children’s throats. So, we’ve simply created our own story, and made room for ourselves by being ourselves. We know the granola and muesli image is a bit tired and dusty, but we’re trying to make it a bit sexier while offering products that are healthy and delicious. 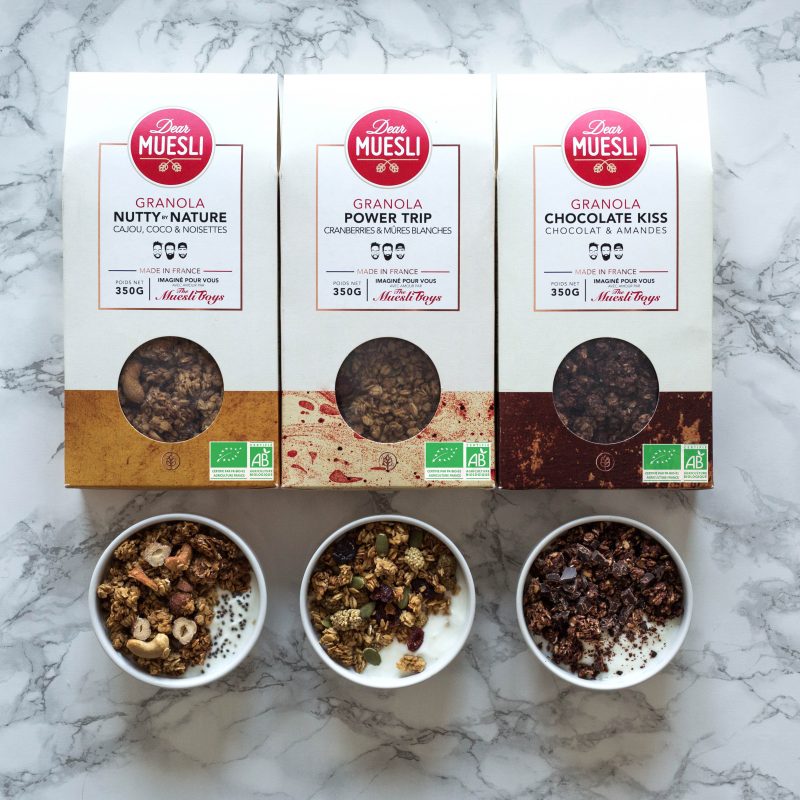 In such a digital world, social media plays a big role in brand positioning. In such little time, you’ve accumulated a lot of followers, and people are interested in hearing from you. How did you do it? Was there a strategy?

I think there’s always a strategy, even if it happens organically. Ours was just to be real and show ourselves. We simply shared what we liked, and expressed it. We figured we’d show ourselves so that people wouldn’t be afraid of our products. In fact, when we first started out, we didn’t show our faces, and people thought we were girls! And then when we’d deliver the products (because at first, we did it ourselves), everyone was shocked at the door. It ended up working out really well. The fact that we showed who we were and that it was a group of boys behind this muesli product picked up well. From there, things happened fast and we all use our social media presence differently. On Snapchat, we get a bit more personal and let loose. On Instagram and Insta Story, we’ll show the behind the scenes of Dear Muesli. There’s also the Muesli Boys account, and that’s where you’ll see us. 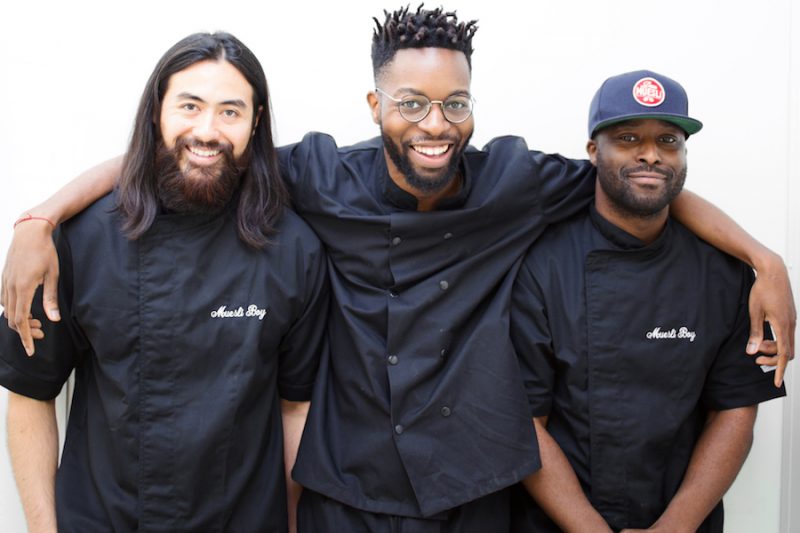 If you had one piece of advice to give yourself three years ago when you first started, or even to someone starting out now, what would it be?

Honestly, don’t be afraid to start and throw yourself into it. Often, people will want to start something and may even get past the first few steps, but don’t remain consistent. And it’s important to stay consistent in what you do. So that’s the advice I’d give; as soon as you decide to start something, create a structure, a plan, write it down, follow it and go for it. Everything is possible.

To know more about Dear Muesli or to buy their products, click here. To follow the Muesli Boys (and you won’t regret it!), find them on the ‘Gram here.